What is Moving Averages?

Steps for a set up Iqoption SMA

Here are the steps for the indicator set inside the IQ Option platform:

1. Find the “Indicators” button in the bottom left corner of the screen, click on it and then select “MA”. 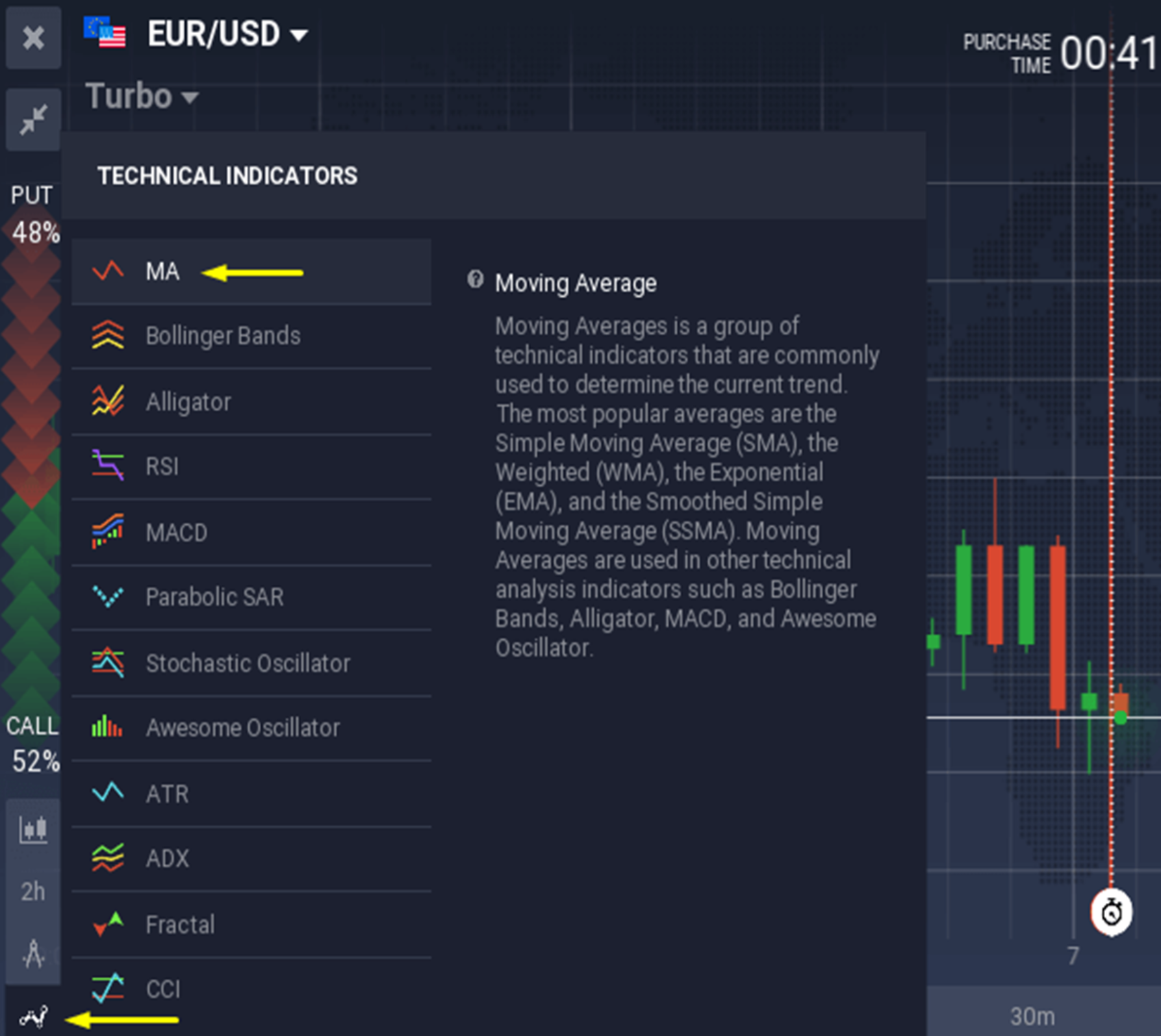 Set up of the indicator. Step one 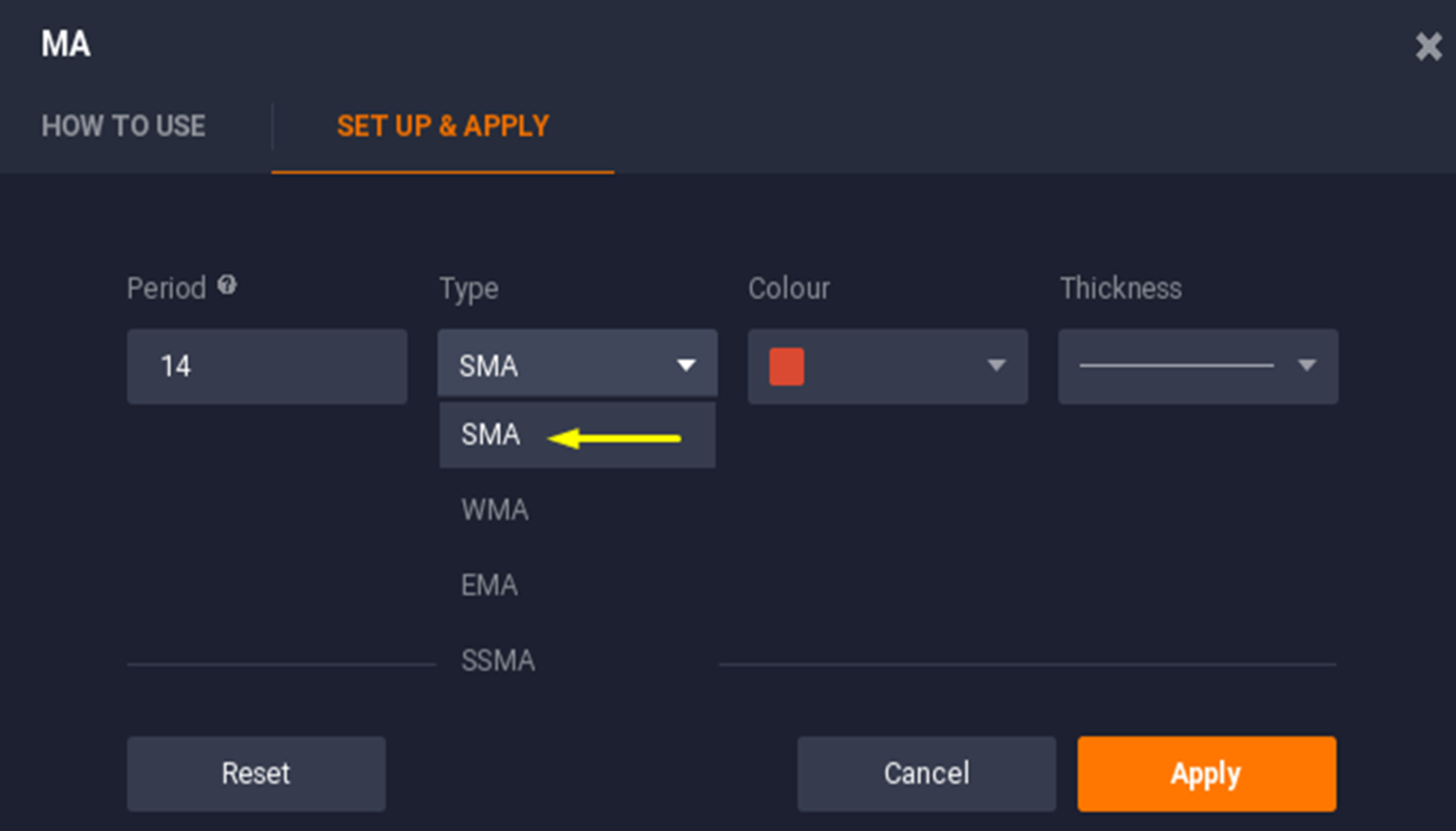 Set up of the indicator. Step two

3. Select the preferred type of MA, adjust the period of time and then click “Apply”.

Based on the general rule, a standard moving average with a longer period of time is applicable for cases where it is required to determine the long-term trends. Meantime, the short-term trends can be traced with help of an EMA of a shorter period. Short-term EMA looks more interrupted, while long-term SMA appears to be smoother.

Steps of using in iqoption trading

Regardless the status of a basic technical instrument, moving average contains a number of useful applications in trading on practice. The most common application identifies the existing trend. Basically, it allows the trader to see the clear picture behind the occasional fluctuations of prices. In addition, MA can also be utilized in a form of resistance line and dynamic support as well. The general principle relies on beginning to sell once the price reaches the moving average line from below and to start buying once the price chart is located above the MA line and reaches to it gradually.

In addition, a number of complex indicators like MACD, Bollinger Bands and the McClellan Oscillator are also created on basis of moving averages.

As an indicator based on previous performance of the price action in the past, the MA (moving average) is not able to predict adequately neither the direction of the trend in future, nor the strength of it. All the facts listed above absolutely don’t conclude that MA is absolutely useless. Through analysis of the past, it becomes possible to receive the necessary information for the predictions in future. Likewise, MA is not able to make an accurate forecast of future events, however it can assist traders to perform the forecast by themselves.

The moving average (MA) is available in many forms and represents a straightforward and at the same time powerful tool. Every form of MA is the most fit-for-purpose to accomplish the task. However, don’t get fooled by the simplicity of MA, because this type of indicator requires a thorough practice in order to attain effective application and results.

Can I use MA with CCI?

moving average it’s my first indicator, and he help me earn $150.

This is the best indicator from this broker!

I’ve been browsing on-line greater than three hours lately, yet
I never found any attention-grabbing article like yours.

It’s crazy how people think that trading is scam and being broke is cool…there are many opportunities to earn money, but a lot of people don’t acknowledge it.

MA is most useful indicator for trading on any platform and specially on iqoption. I know that a lot of people use it for trading.