The Awesome Oscillator on Iqoption

(AO for short) is a histogram-looking indicators developed by technical analyst Bill Williams that serves in measuring of the market momentum. Using a wider time frame, AO indicates the change in momentum of a currency pair in current trading. Verifying the trends and establishing potential reversal points make this tool as awesome as its name. 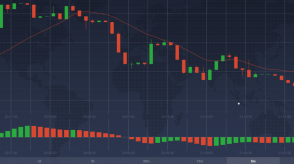 How does IqOptions Awesome Oscillator works?

The AO values can move over or under the zero line. Values are simply represented as green and red bars. When the bar is red it means it has lower value than the previous one. When the bar is green it indicates its higher value from the one preceding it.

How to set up it on iqoption?

Using simple steps, we will show you how to set up the Awesome Oscillator in the IQ Option platform. In the bottom left corner of your window, you should click on the “Indicators” button. This will open up a list of all the indicator. Select “Awesome Oscillator” from the this catalogue. 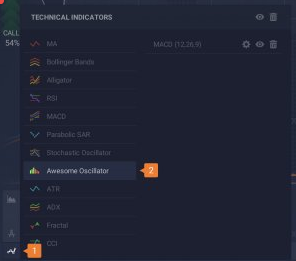 From here just click on the “Apply” and Awesome Oscillator will appear under the price chart on your window.

You are now ready to use The Awesome Oscillator.

Twin Peaks are a little harder to read, but nevertheless pretty straightforward. They appear as 3 distinctive signs when indicating an uptrend: 1. Both peaks are under the zero line, 2. The second peak is closer to the zero line and is succeeded by a green bar, 3. The rack between both peaks remains under the zero line. 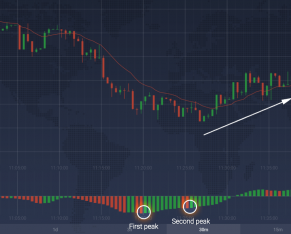 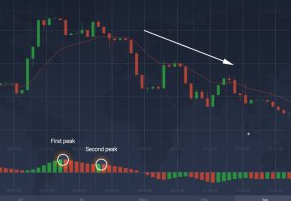 Saucer is represented as a dent in the AO histogram. Following three bars in a row can show a bullish or bearish signal. In the case when the AO is over the zero line and two red bars in a row are succeeded by a green one, sauces is showing an uptrend. 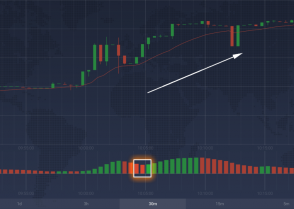 Alternatively, in the case where AO is under the zero line and two green bars in a row are succeeded by a red one, the saucer indicates a downtrend. 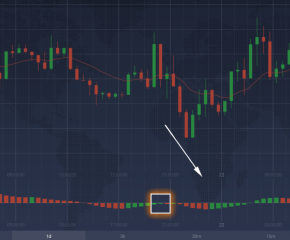 Although The Awesome Oscillator is simple yet powerful analysis tool that can indicate momentum shifts and potential reversal points, it is advised to use it carefully and with the help of other indicators and larger time frames as well.

I love education section from Iqoptions thanks for nice explaination of AO. So i started use it for trading for a long time now.

Moving Average is one my #No1 preferred indicator which I use in my trading strategy. And if follow it correctly without emotions it gives me good results associated with Strong sell or strong buy pourcentage observation to determine the position of trading whether Call or Put.